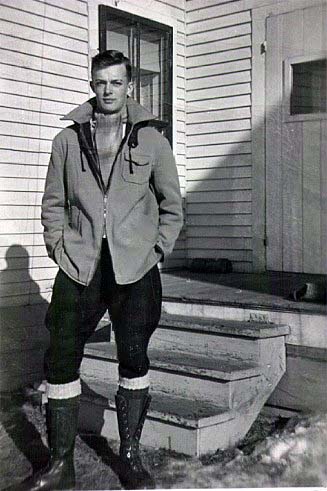 Producing this website has shed some light on inconsistencies in the names of those men on board. One such case is that of Robert Fickett, killed in action in the Battle off Samar. Bob Fickett’s name was mistakenly indicated as Pickett by one source.

Shipmate Don Young cleared up the confusion in a note to Dick Rohde in February 1999:

When I went back to Maine on leave I contacted his parents by phone and talked to them about Bob. He died on the raft that Cmdr. Copeland was on so I did not know all the details. I did inquire on our way back to the states and was told that he was wounded very bad and died either the first or second day.

While I was on leave Bob’s girl friend came to visit me for two days and stayed at my parents home. He and I were quite close on the ship and went on liberty a few times. I often wrote and received letters from his girl friend when I was on the USS Pine Island AV12. She sent me a picture of Bob which I saved and will attach a copy to this letter.

It was a nice newsletter and I will be attending the reunion in San Diego and hopefully with my wife and at least two of my sons.