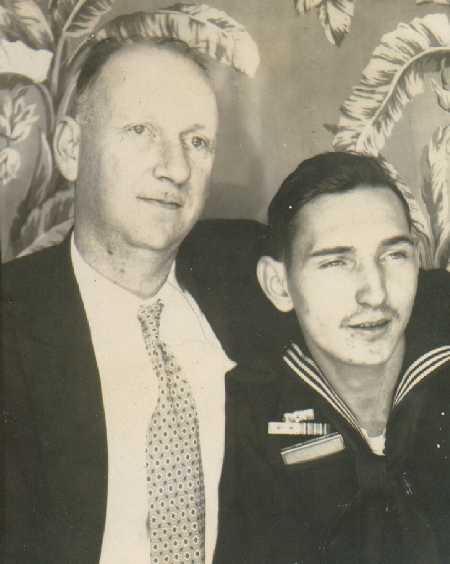 This picture was taken around March or April 1945. Shipmate Don Young indicates that he believes the picture was taken in Oakland, California, while the men were at Treasure Island waiting for reassignment after survivors leave. The gentleman with Ken (on the left), Don believes, was either a friend of his family or a relative. Both Don and Kenney served on the Pine Island (AV-12) after serving on the Sammy B.