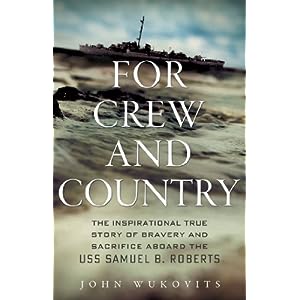 Thank you for your kind note. Probably the best link to “The Buckley-Class Destroyer Escorts” is the Amazon site; it has a couple of reviews, a good discounted price, and the table of contents.

I wrote this book as a start to getting DEs the kind of scholarly attention they deserve. There hasn’t been a book that comprehensively examines a single class of DE and I thought that it would be a good service to prepare one. The six classes of DE are distinctive, as you are well aware, and one of my goals is to have available to the general public a book that gives the DE program the status that other types of ships have achieved, such as Fletcher-class fleet destroyers, Iowa-class battleships, Essex-class carriers, etc.

For many naval enthusiasts, DEs were just a bunch of mass-produced ships that were not that interesting. The contribution of DEs to the Allied war effort is much greater than generally known, and I have already begun receiving feedback from persons who were surprised and grateful to learn of the importance of the DE program. My book discusses this in detail and credits all classes of DE for their contributions.

The Buckley-Class book does mention the Samuel B. Roberts and contains many references to the John C. Butler class. I also included one of the famous photographs of the action off Samar. The caption to this photograph states in part:

“John C. Butler-class DEs and Gambier Bay (CVE 73) making smoke to conceal their formation at the start of the Battle off Samar on the morning of October 25, 1944. During this action, the DEs helped thwart the main Japanese naval thrust toward the Leyte Gulf anchorage. This battle is considered the high point of DE service during World War II. The John C. Butler class was the culmination of the DE design and was armed with two 5-inch/38 enclosed mounts and had a geared-turbine power plant that could propel the ship at 24 knots. It is possible that the enclosed mounts of this class contributed to the misidentification of these ships by the Japanese. Had the escorts been a 3-inch DE class with modest open mounts, such as the Buckley, the Japanese may have interpreted the opposing force differently and pressed their attack.”

I hope you find that a succinct tribute to the service of Taffy 3.

Please let me know if I can provide any more information. Thank you very much for contacting me and I look forward to hearing from you again.

P.S. I have attached a jpeg file of the book jacket in the event it would be a useful illustration on your site.

Friend Bob Cox, creator of the bosamar.com website, announces that the 5th edition of his “The Battle Off Samar – Taffy III at Leyte Gulf book is available for purchase.  The book is available in both soft and hardcover, xviii + 268 (292 total pages) and electronic PDF format.

is here to educate the world about the Battle Off Samar and what Taffy III did at Leyte Gulf. I could not have chosen a better topic or a better group of veterans to honor and pay tribute to. Thanks for stopping by, God Bless, and happy web surfing!

This 120-page first hand account of the Battle of Leyte Gulf is available in soft cover  directly from lulu.com. Cost is only $9.96 plus shipping.

The “Spirit of the Sammy B” is Captain Copeland’s  thoroughly readable autobiographical account of the DE-413’s short but valiant history.  A must read for any one interested in the Samuel B. Roberts or the Battle off Samar.

“Spirit of the Sammy B,” Captain Copeland’s thoroughly readable autobiographical account of the DE-413’s short but valiant history is now available in softcover. The 120-page book costs only $9.99 (plus shipping) and is available now at http://www.lulu.com/content/235241. It’s also available on www.amazon.com

A must read for any one interested in the Samuel B. Roberts or the Battle off Samar. All net proceeds go to the Survivor Association.