The destroyer escort class of ship came into existence as a less expensive ocean escort against the submarine threat. When opportunity provided, the destroyer escort could itself fulfill the mission of the destroyer by attacking surface ships with guns and torpedoes and serving as scout ships of the fleet. No better example of this attack capability can be given than that of the Battle off Samar. In 1975 all Destroyer Escorts then in commission were redesignated Frigates (FF) and the type name “DE” was discontinued by the US Navy. (source: Destroyers Online) 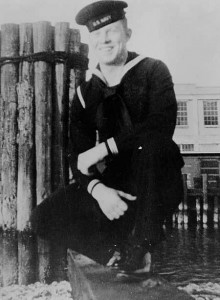 Coxswain Samuel B. Roberts, Jr. was born in San Francisco on 12 May 1921. He enlisted in the US Naval Reserve in 1939 and was called to active duty in 1940. Roberts served aboard the USS CALIFORNIA (BB 44) and the USS HEYWOOD (AD 12), before being transferred to the troop transport USS BELLATRIX (AKA 20).

In 1942, BELLATRIX was assigned to task group FOUR and became part of the Guadalcanal Assault Force. As a coxswain for the BELLATRIX’s Assault (Higgins) boats, Roberts became extensively involved in the landing of supplies from ships at sea to what was a very tenuous beachhead. As a result of the heavy fighting at sea beginning 7 August 1942, Coxswain Roberts was transferred to the Beachmaster unit on the island of Guadalcanal to perform transport and medevac duties.

Early on the morning of 27 September 1942, Roberts volunteered for a rescue mission to save a company-size unit of Marines that had been surrounded by a numerically superior Japanese force. Initially, the rescue group of several Hoggins boats was taken under heavy fire and was perilously close to failure. Realizing the state of the rescue mission, Roberts unselfishly volunteered to distract Japanese forces by passing directly in front of their lines drawing their fire.

Roberts performed this decoy act effectively until all Marines had been evacuated. As he was about to withdraw from the range of the Japanese guns, however, Roberts’ boat was hit and he was mortally wounded.

For his valor and courage in the face of the enemy fire, Coxswain Samuel Booker Roberts was awarded posthumously the Navy Cross. Currently, Coxswain Roberts’ Navy Cross is proudly displayed in the Wardroom of the USS SAMUEL B. ROBERTS (FFG 58), the third ship of the US Navy to bear his name. [source: FFG 58] [see Navy Historical Center, history of naming Navy ships] 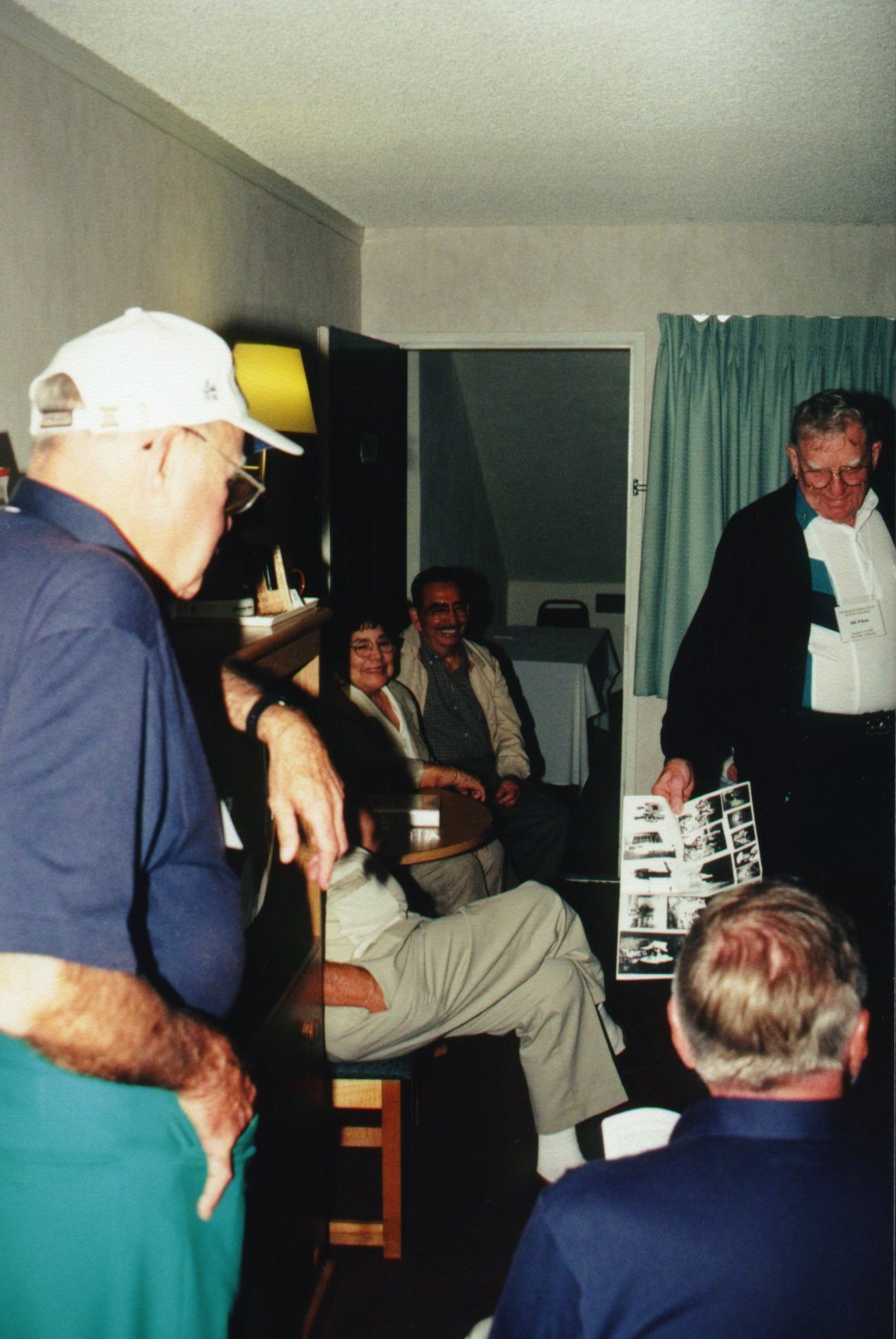 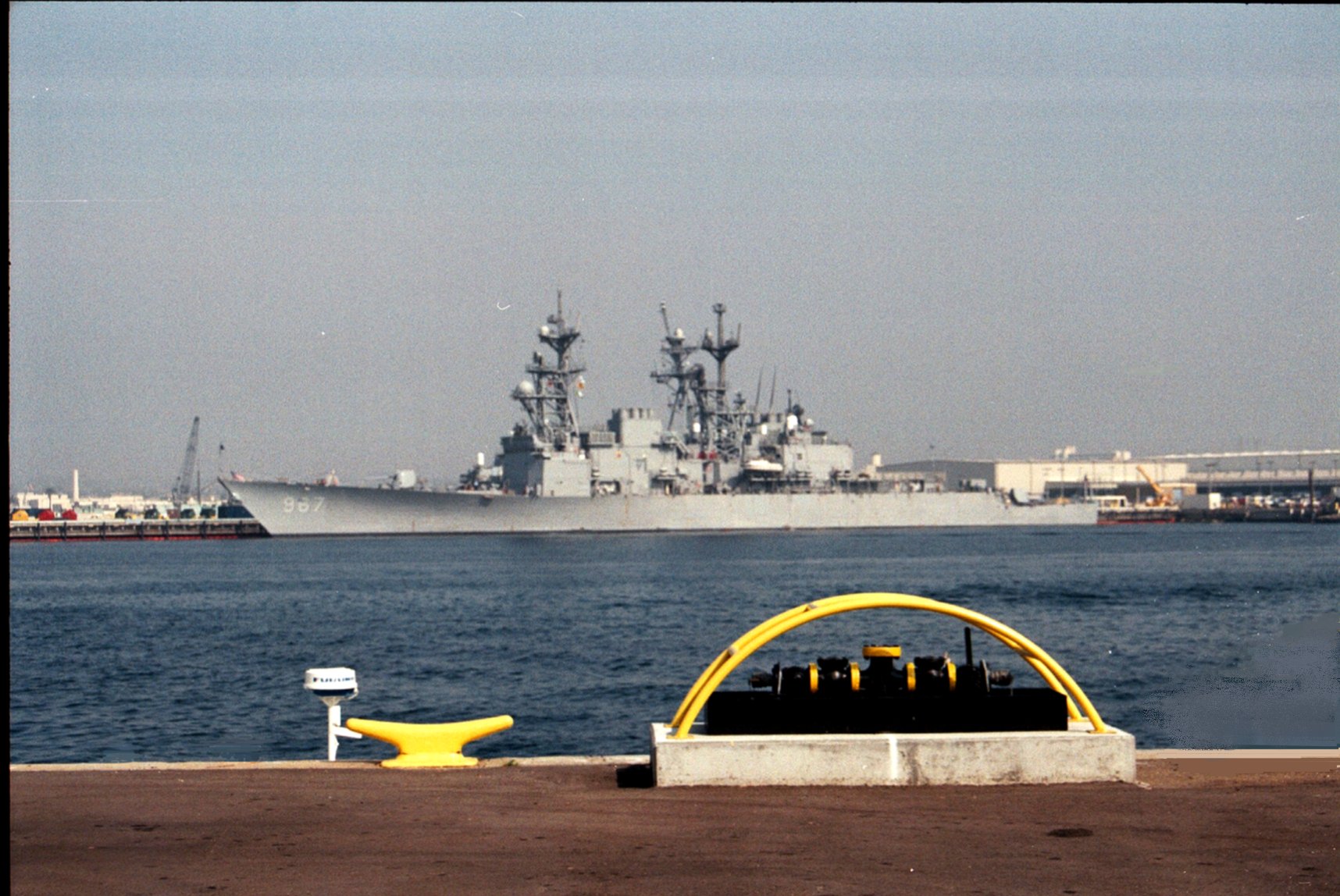 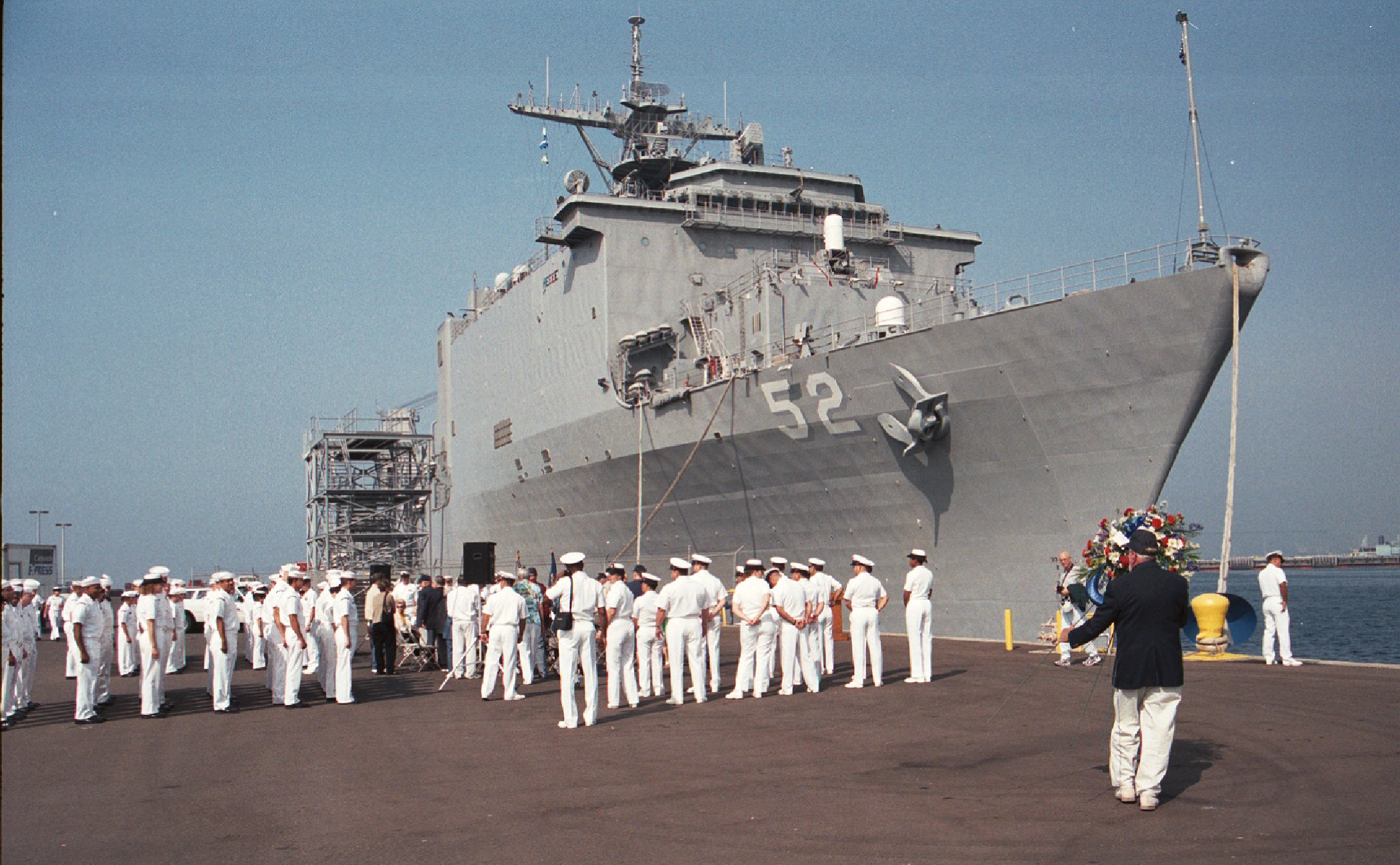 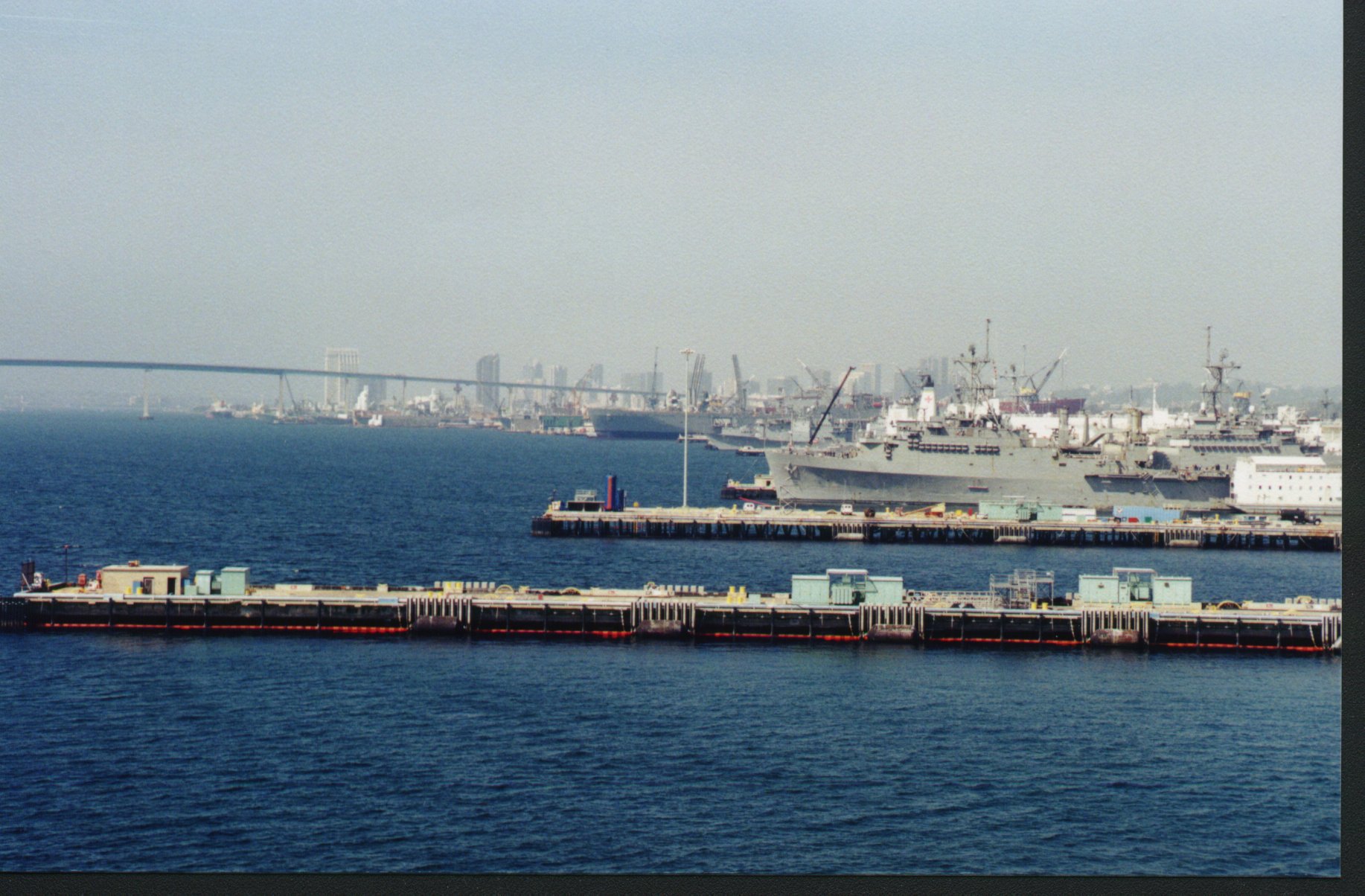 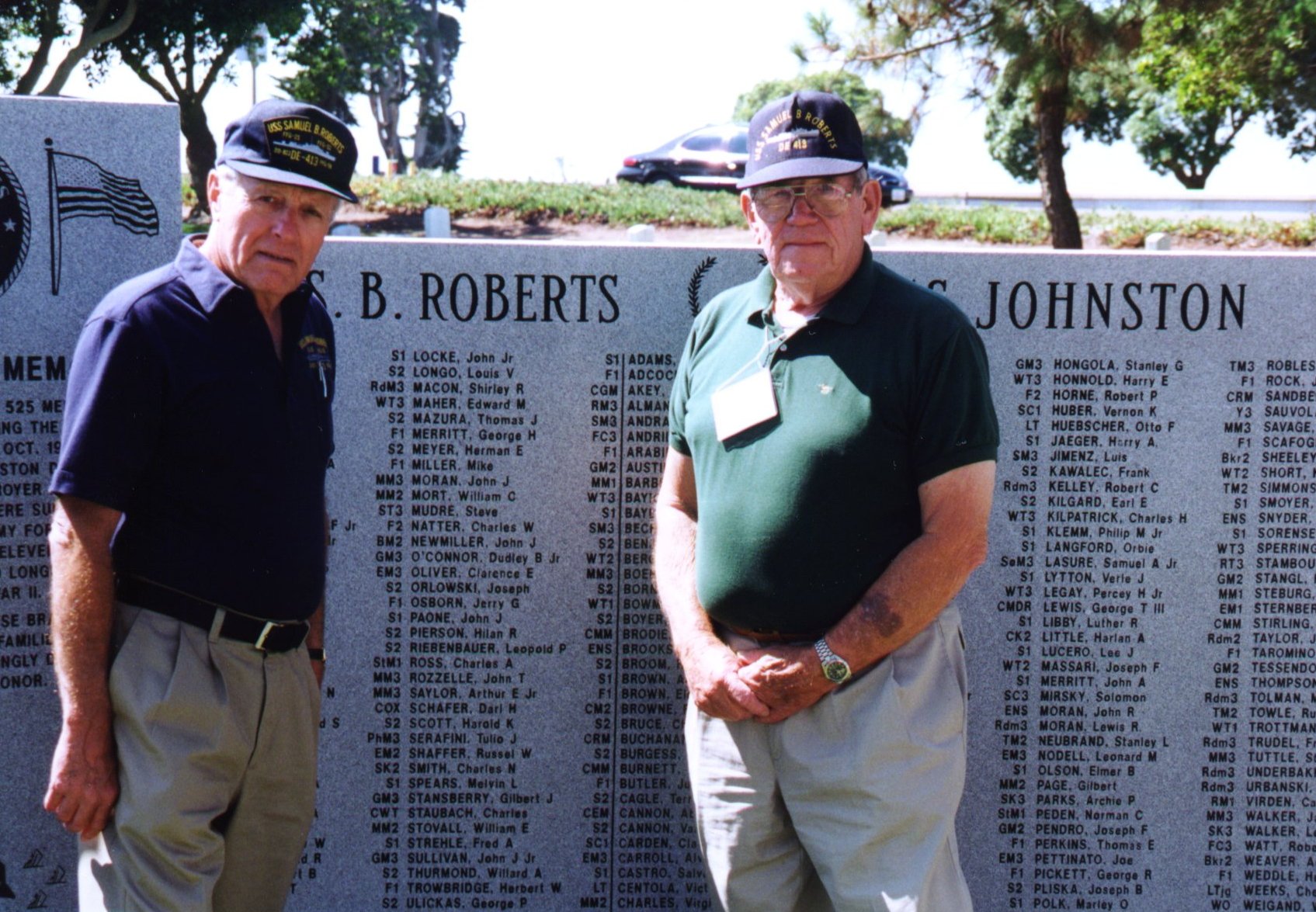 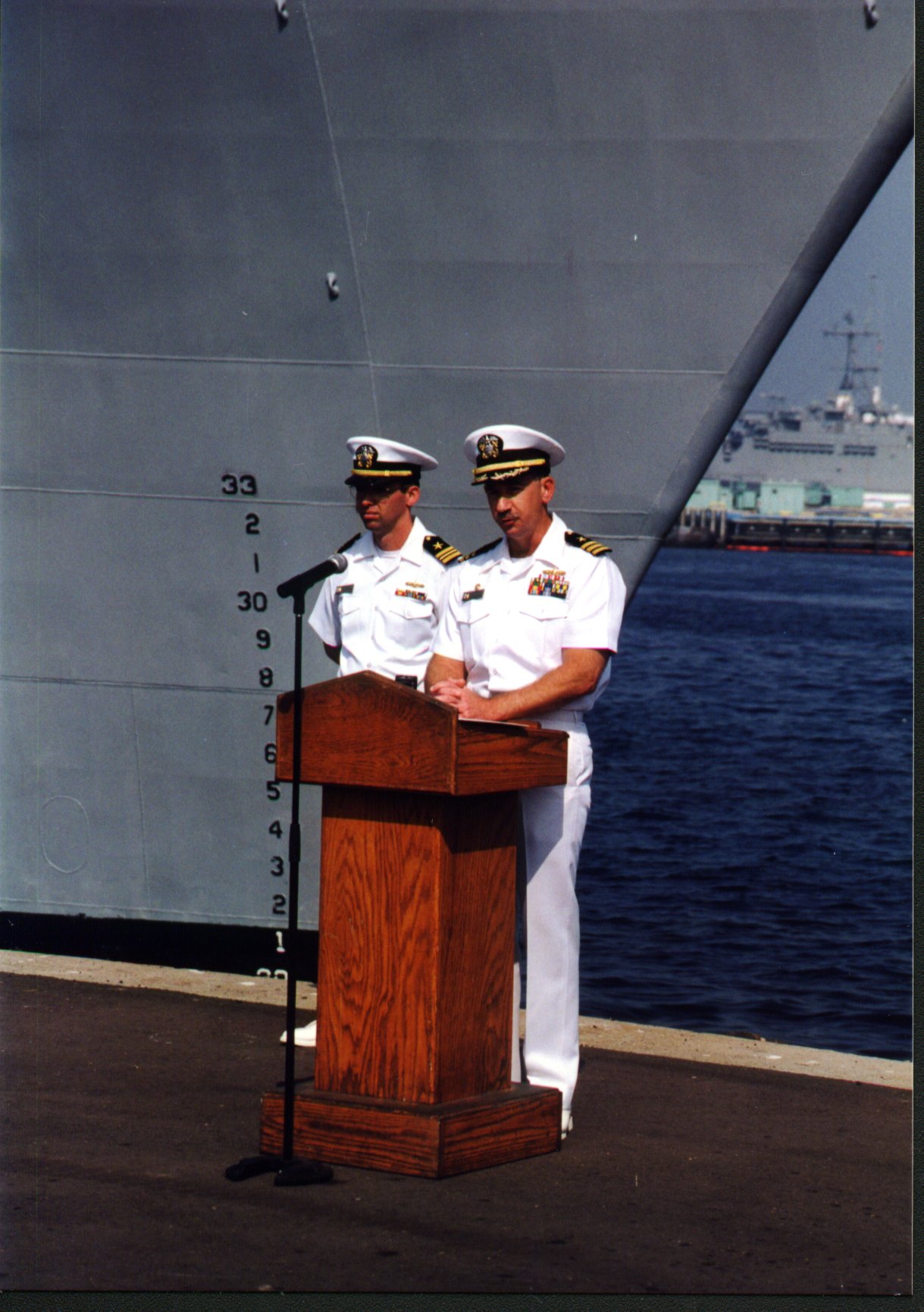 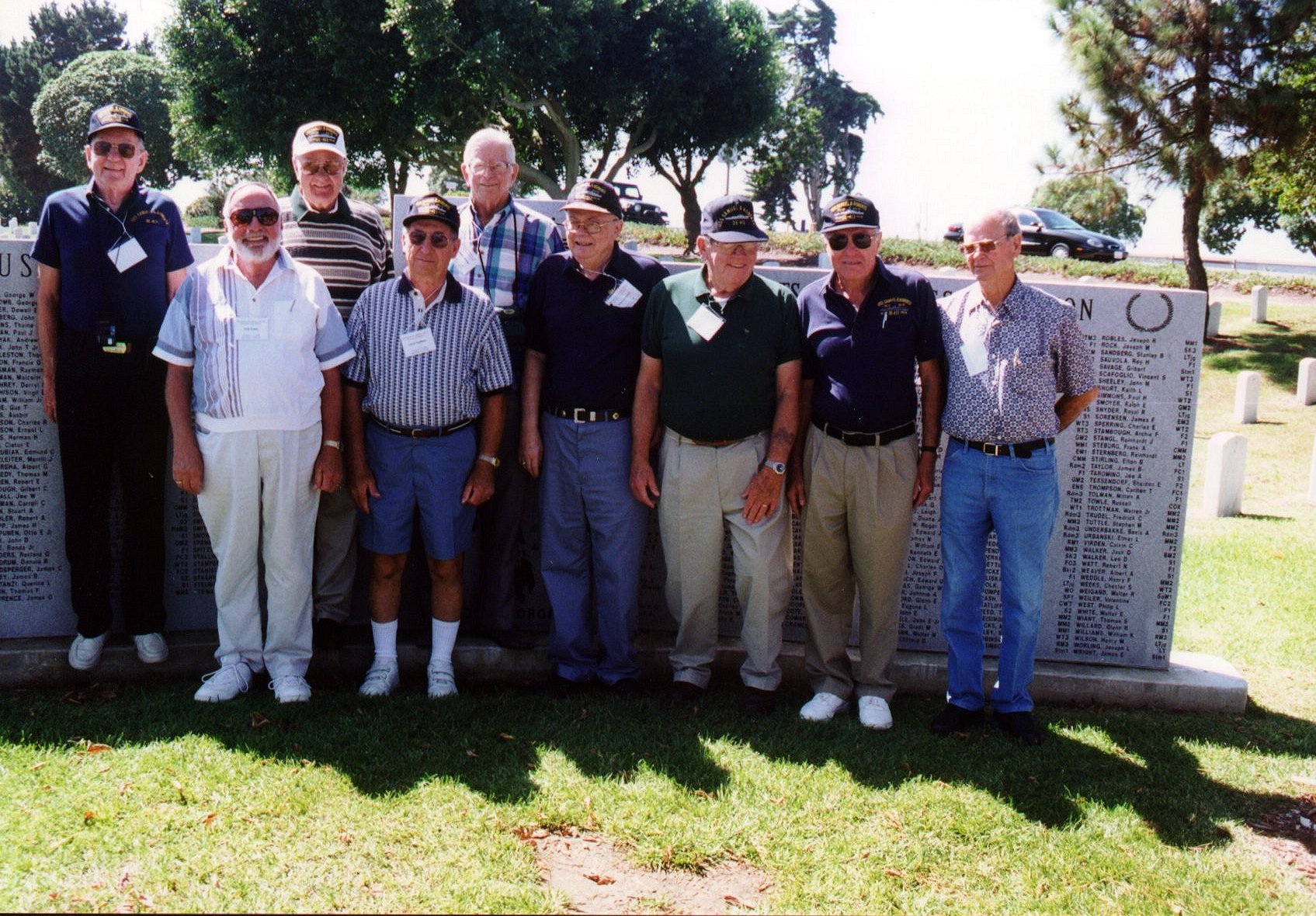 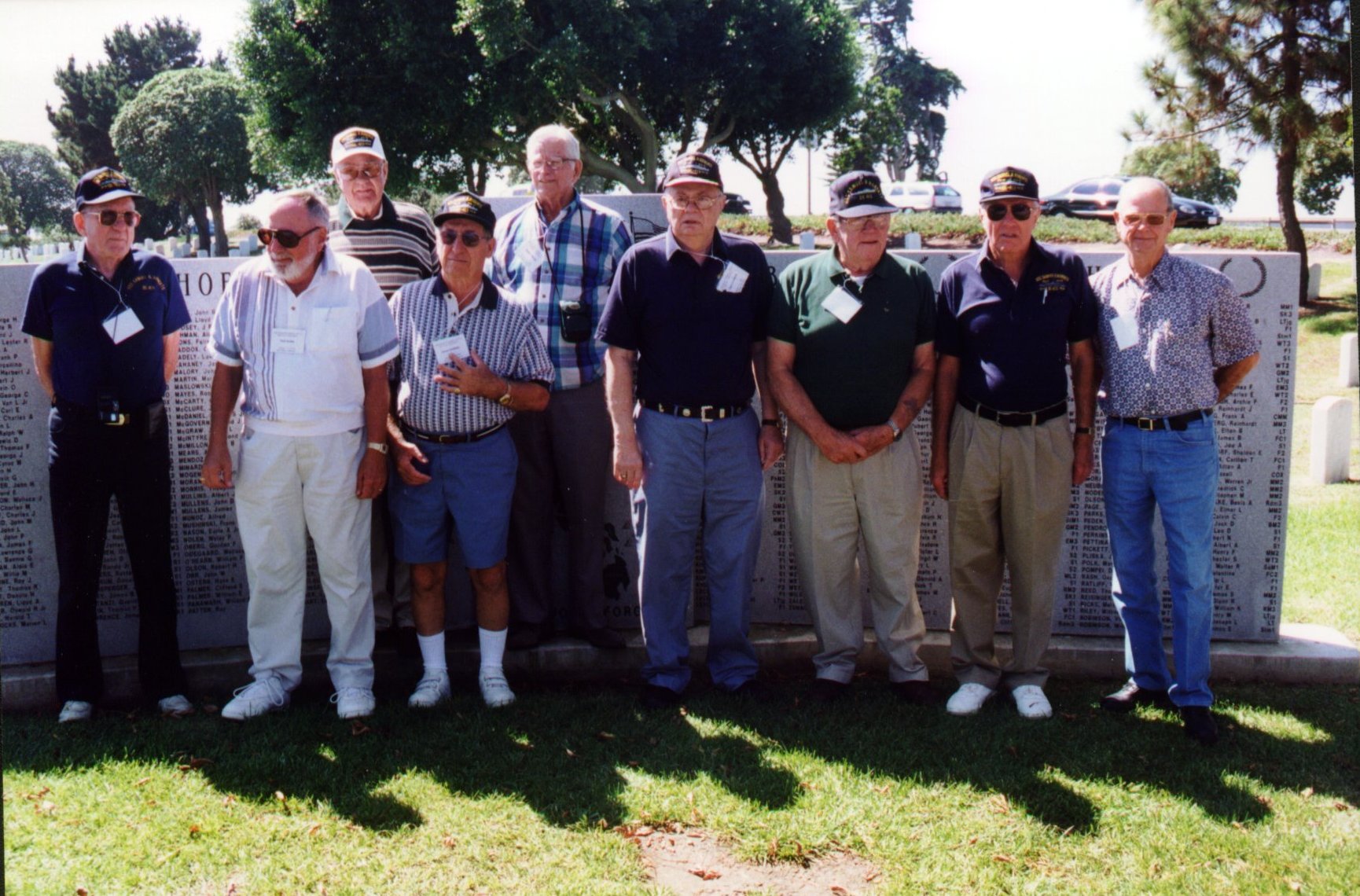 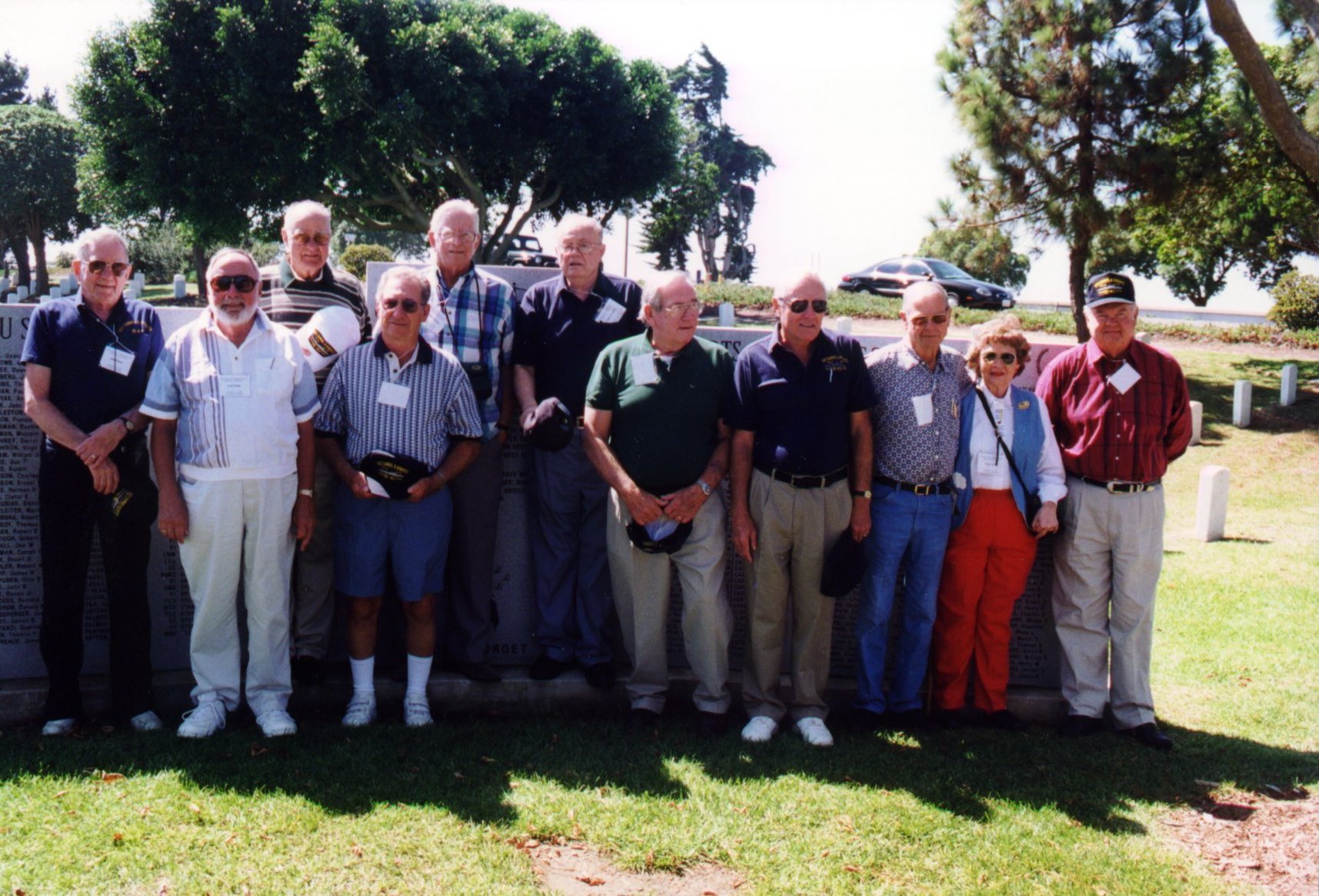 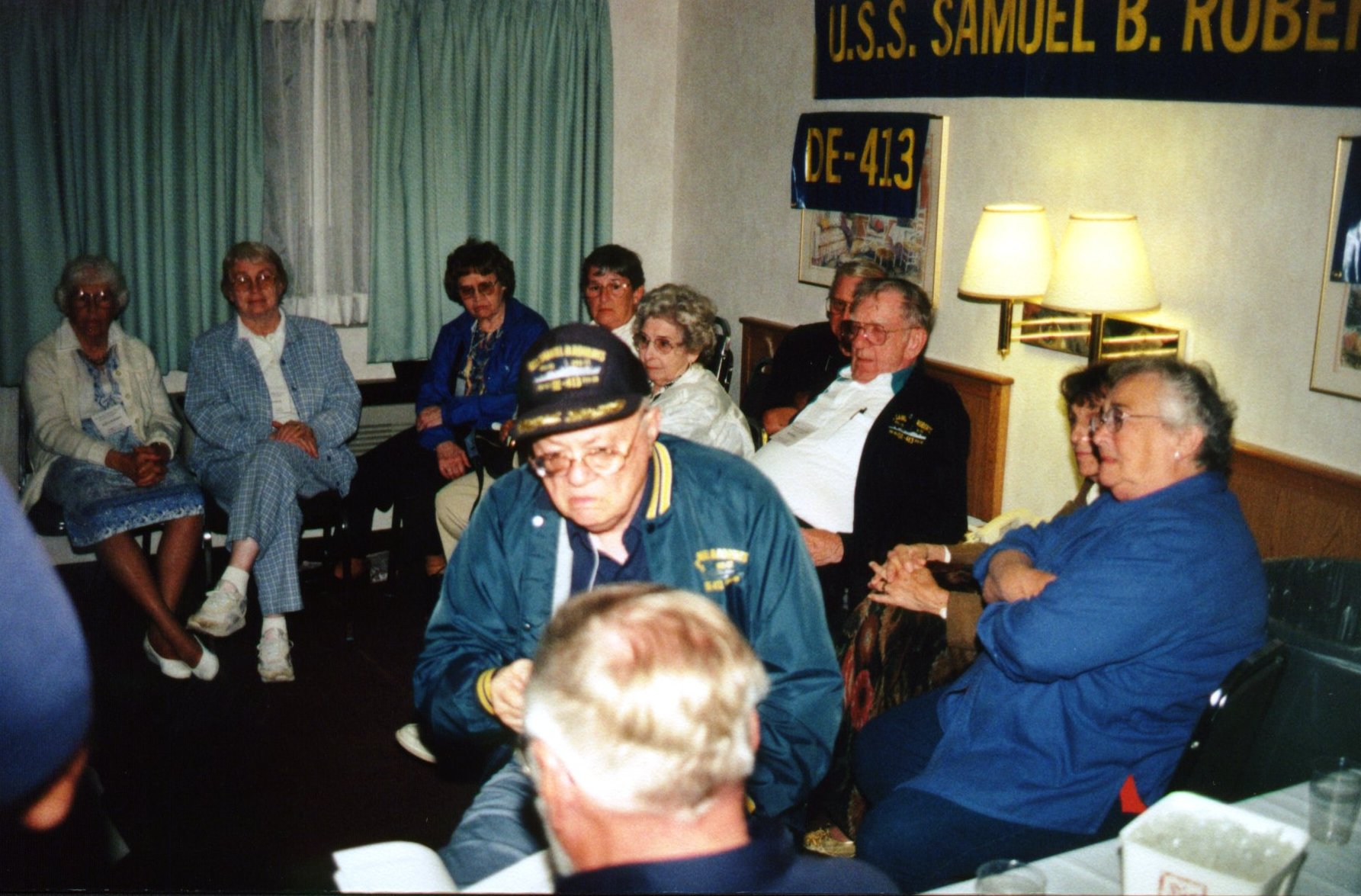 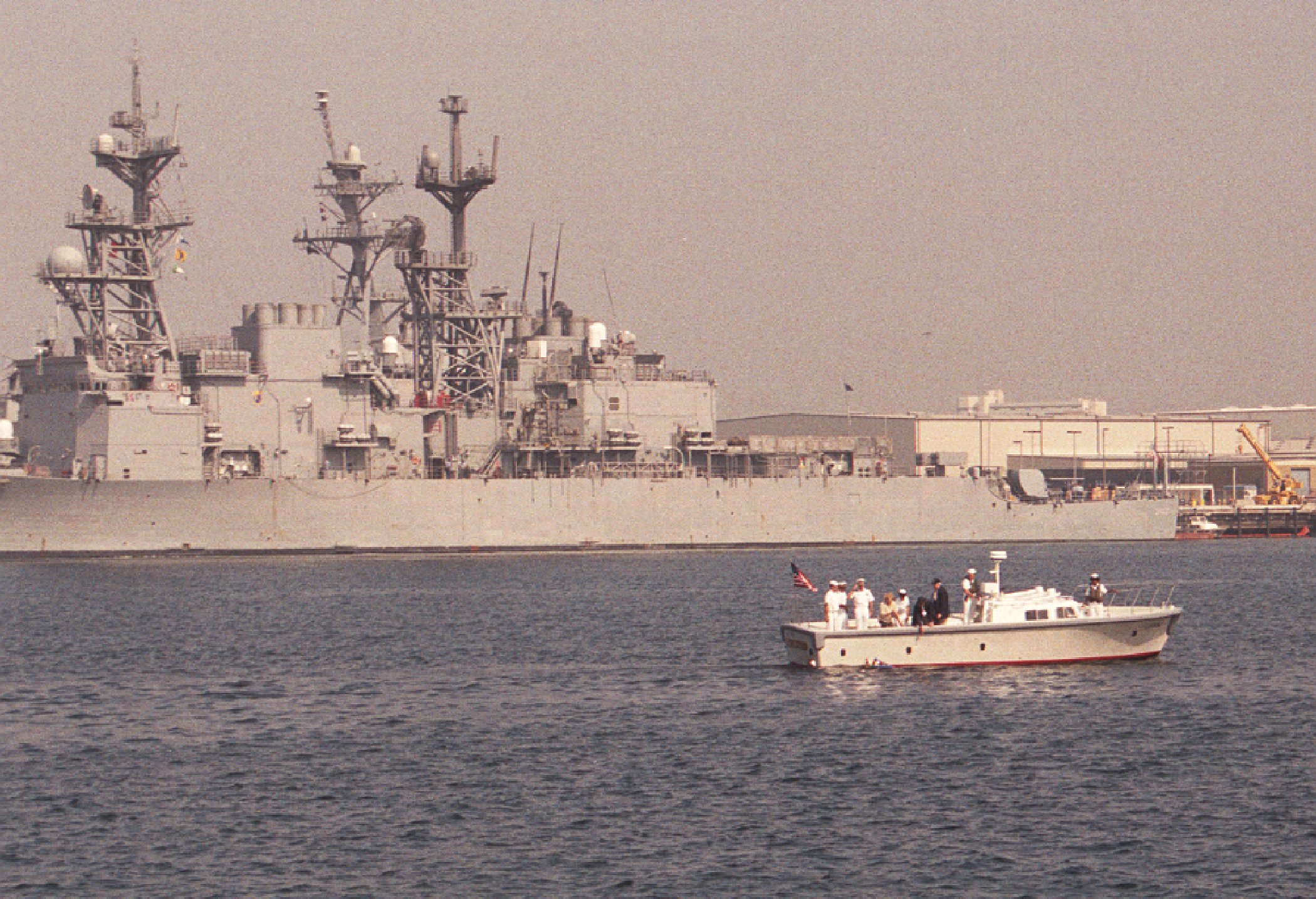 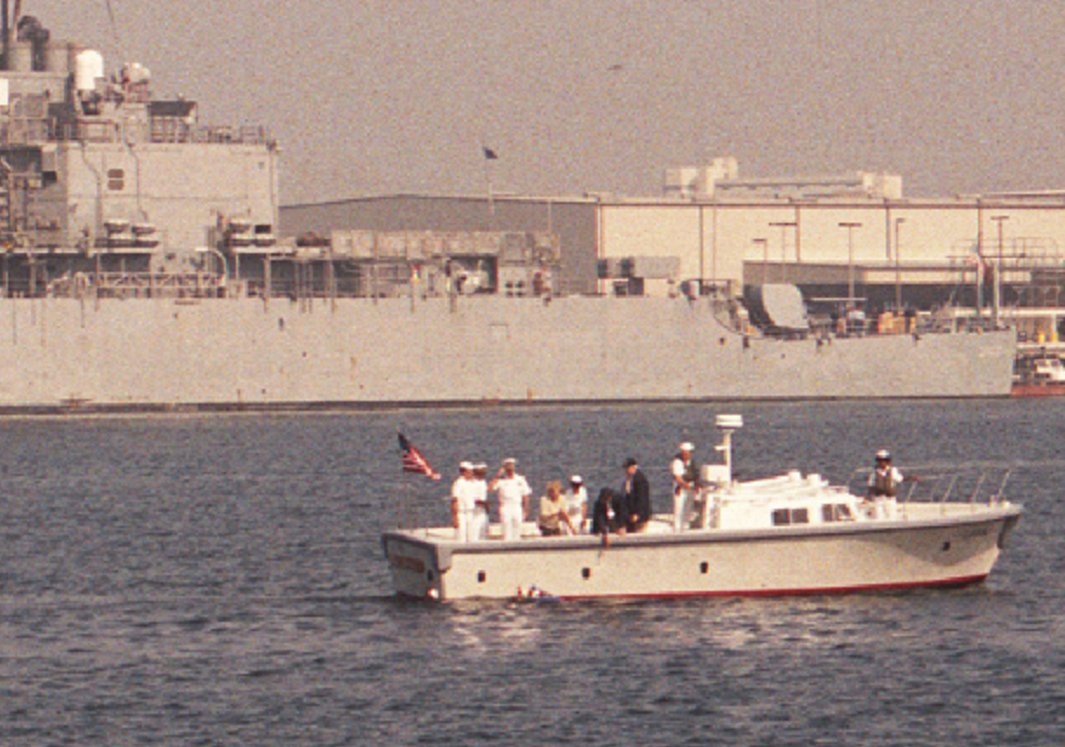 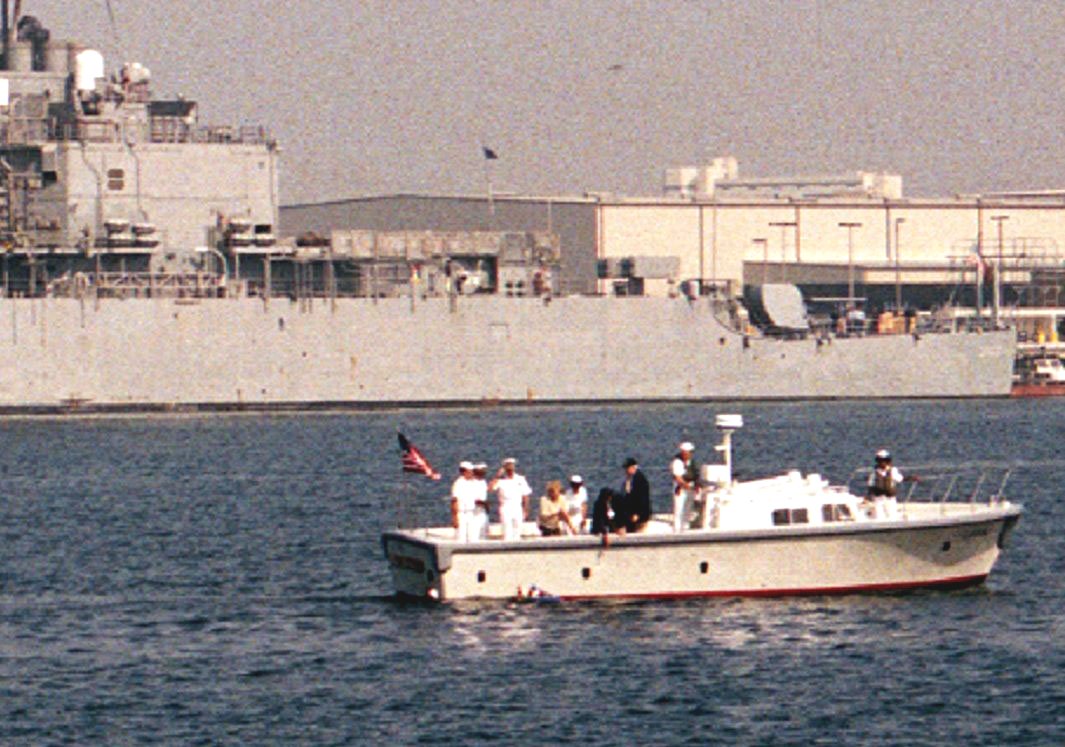